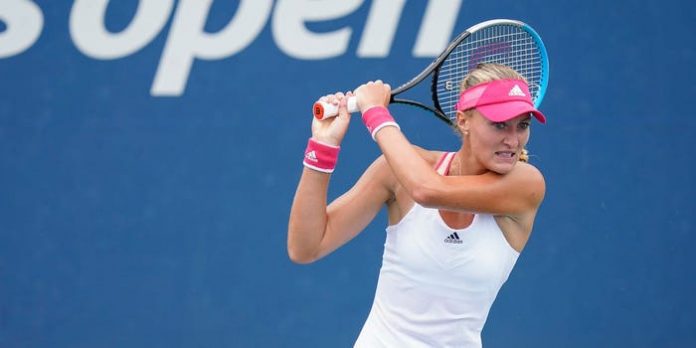 Kristina Mladenovic, a French tennis player, has announced that her 2021 season is finished due to emotional and physical exhaustion. Mladenovic, who is rated No. 62 in the world, competed in the Astana Open in Nur-Sultan this week.

Mladenovic defeated Anna Danilina in the opening round of the Astana Open before falling in the round of 16 against Anastasia Potapova.

Mladenovic, a former world No. 10, has struggled in singles play this season. She reached four WTA quarterfinals this season, with her best Grand Slam result being a third-round appearance at the Australian Open.

Mladenovic finished runner-up with Marketa Vondrousova at the Rome Masters, and she also reached the semifinals in Chicago with Clara Burel. She wants to be 100 per cent healthy and prepared for the start of the 2022 season.

“Hello, I regret to inform you that I have decided to put an end to my season,” Mladenovic posted on Instagram.

“The last few months have been very challenging both physically and mentally and I feel now is the right time to take a break. I will use this period to rest fully and start training again to prepare for next season.”

“Thank you all for your support.”

Muchova, the world No. 26, ended her 2021 season earlier this week. Muchova, a former world No. 19, last competed at the US Open, where she was eliminated in the first round.

Muchova chose to terminate her season early so she could focus on recuperating and returning to the game in 2022 pain-free.

“Sad to announce that the season is over for me, but the wise saying ‘health first’ is the one I must go with as I would love to start the new tennis year pain-free and enjoy the game again!” Muchova added.

“Thank you all for always cheering me on! “Can’t wait to see you on the court again in 2022!” she further added.