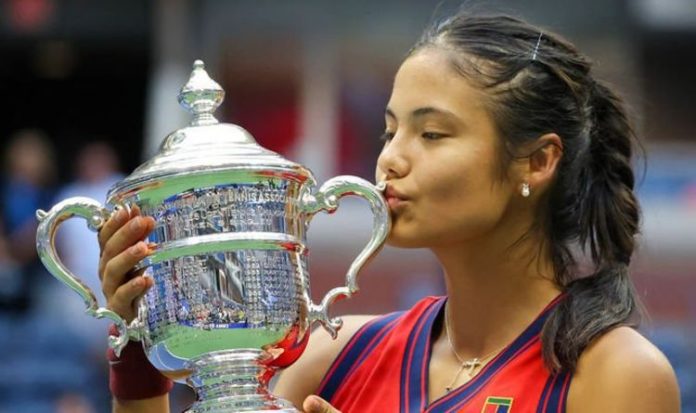 Emma Raducanu has been the star in 2021, despite only making her WTA Tour debut three months ago. The Briton stunned the world by winning the US Open just a few days ago in only her second Grand Slam participation.

Martina Navratilova, an 18-time Grand Slam champion, chastised the teenager’s detractors after her triumph while complimenting her achievement.

Raducanu had a strong display in her Grand Slam debut at Wimbledon earlier this year. She advanced to the fourth round of the grass-court Grand Slam after defeating higher-ranked players, when she faced Ajla Tomljanovic.

During the match, however, she had breathing problems and had to withdraw from the event.

Following this event, McEnroe stated that the British player couldn’t manage the pressure. He said, “I feel bad for Emma, I mean obviously it got – it appears it got a bit too much, as is understandable, particularly what we’ve been talking about for the last six weeks.”

Raducanu’s victory in New York, on the other hand, demonstrated talent and maturity defying her age of 18. This is a comment made by Navratilova, who also mentioned that the critics will now be silent.

As reported by Dailymail, she said, “She has very much silenced those critics and I said that at the time ‘STFU’ because you don’t know what you’re talking about.

“She is a star in the making, this is just a hiccup. Little did I know what a small hiccup it really was in the grand scheme of things here. I don’t think those people will be talking anything about her mental fitness ever again.”

The 64-year-old praised Raducanu for her mental toughness and the intensity she brings to the court. “She just doesn’t get rattled,” said Navratilova.

“She is so switched on in every way and as I say she came out of the box all put together already, no batteries needed. She’s the whole package.”

Raducanu soared up the WTA rankings during her time in New York. She began the qualifying rounds ranked 150th in the world and finished as the World No. 23.

Read More: Emma Raducanu’s dominance in the US Open 2021