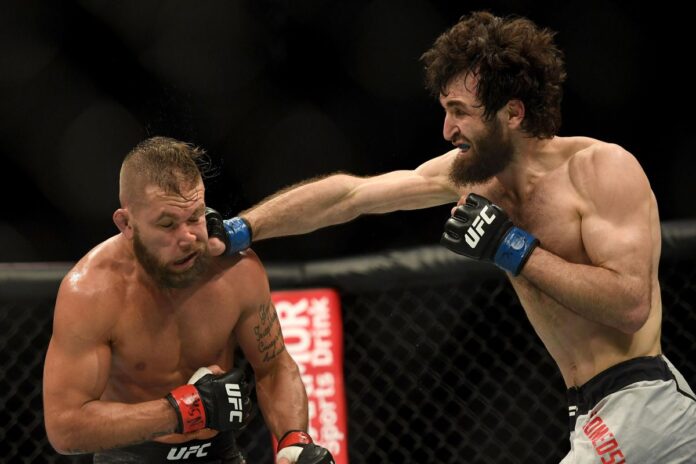 Zabit Magomedsharipov hasn’t competed in a long time. He hasn’t fought since November of this year, and it doesn’t appear that he will fight again anytime soon.

Initially, there were allegations that Zabit was “over” fighting and practicing for fights that never happened. But now, according to sources close to Zabit, it’s health difficulties that are keeping him out of the Octagon.

TASS reporter Igor Lazorin wrote on social media. “Zabit has health problems, and more specifically, with the immune system. Magomedsharipov will not return to the Octagon until these problems are resolved. These problems prevent Zabit from fully preparing for fights.”

“In the near future, Zabit must postpone surgery to resolve these problems. And then it will be clear whether he will be able to continue his career,” Lazorin stated.

If nothing was lost in translation and if Magomedsharipov truly cannot have surgery owing to his immune system’s status, that would imply some very serious medical difficulties.

We anticipate that further information on Zabit’s chances of recovery will be released soon. It would be a huge loss to the sport if he is unable to get back to his former shape.

“I’m gonna slam you like I did my student:” Tony Ferguson...