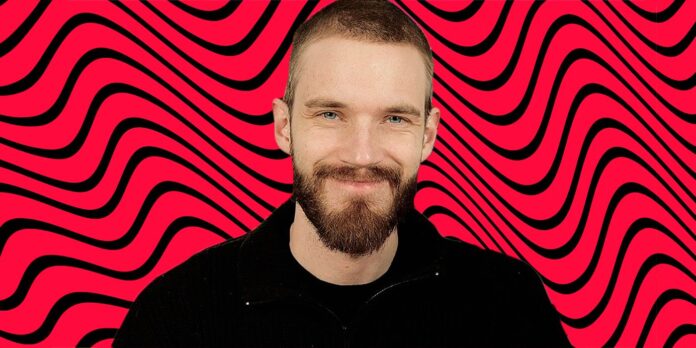 PewDiePie’s net worth is expected to exceed $40 million in 2021. Felix Arvid Ulf Kjellberg, better known as PewDiePie, is a Swedish YouTuber. He is known for having the most number of subscribers on YouTube.

PewDiePie was born in Gothenburg, Sweden, on October 24, 1989. He was interested in art from an early age and was an ardent gamer during his high school years.

In 2008, he graduated from Göteborgs Högre Samskola and went on to study at Chalmers University of Technology. Felix felt he didn’t belong there, so he opted to drop out and do what made him happy.

Even though his early days were difficult, he purchased an equipment to get started by selling his Photoshop works. He came up with the name ‘PewDiePie,’ even though it was originally just Pewdie.

PewDiePie’s lively and amusing game commentary with spectacular reactions immediately made him a viral hit, and he became the most subscribed YouTube channel in 2012, with 5 million subscribers.

He joined Makers Studio following which he gained widespread media recognition. PewDiePie’s channel presently has over 4300 videos and 110 million subscribers.

Over the years, his channel has featured a variety of gaming series and segments, the most popular of which has been his Let’s Play series. He released his own game named PewDiePie: Legend of the Brofist, in 2015.

He subsequently went on to write and publish his book, This Book Loves You. PewDiePie has received numerous honours in the gaming community on YouTube, most notably the Best Gaming Channel, Show, or Series award at the 5th Streamy Awards.

PewDiePie was declared the highest-earning YouTuber by Forbes in 2016, with an annual salary of $15 million.

YouTube is definitely not PewDiePie’s only source of money; he is also involved in a variety of other productions and projects.

He is also a generous giver with an initiative called the ‘Water Campaign.’ He raised almost $400,000 through the programme and has been involved in other collaborations throughout the years.

Read more: Shahid Khan net worth: What is the buying power of the owner of Fulham FC and Jaguars?

Stephanie McMahon net worth: Personal life, career, earnings and worth in...