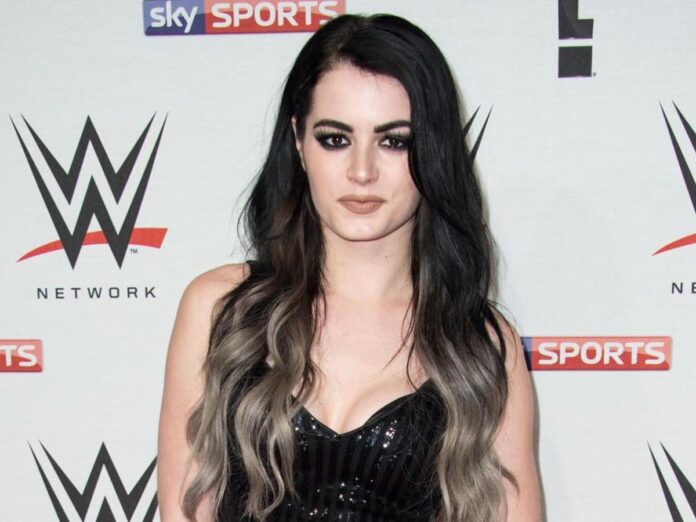 28-year-old Saraya-Jade Bevis was born on 17 August 1992 and is an English professional wrestling personality.

She is a retired professional wrestler mostly known by the ring name Paige and is currently signed to WWE. She was the inaugural NXT Women’s Champion on WWE’s brand NXT. Surprisingly, she held on to the championship for 301 days. She is also a two-time and the youngest WWE Divas Champion.

She is also the only woman to ever hold both the Divas and NXT Women’s Championships titles.

She made her debut when she was 13 years old under the ring name Britani Knight Saraya Bevis in 2005. This was for her family’s World Association of Wrestling promotion.

On the European independent circuit, she went on to win many championships.

Saraya signed to WWE in 2011 after talent scouting in England. She then went on to gain a winning streak in NXT, debuting on Florida Championship Wrestling in 2012.

At the age of 25, due to an injury sustained at an in-ring competition in 2018, Paige formally retired.

She has, however, fulfilled managing roles and is a contributor to WWE-related programs.

In 2014, Saraya was named Diva of the Year by Rolling Stone. Saraya has also ranked No. 1. in Pro Wrestling Illustrated’s Female 50 list.

She has also won the WWE Year-End Award for the best General Manager of the Year back In 2018.

Julia Hamer-Bevis, her mother, Patrick Bevis, her father, and Roy Bevis and Zak Frary, her older brothers are wrestlers too.

Her mother once participated in a wrestling match not knowing that she was seven months pregnant.

Saraya’s family lived in Norwich at a council house.

She received her education from The Hewett School in Norwich and wanted to become a zoologist. As a child, Saraya was scared of her family receiving injuries from wrestling.

However, Saraya slowly started to get attracted to the ring and had a chance to fight one of her brothers.

After she crossed the age of 10, her father began to teach her things related to the sport.

When Saraya was 13, her younger brother died.

When she was 15, she worked as a bouncer and bartender at her parents’ pub, while they were away.

In 2005, Saraya’s father was running a wrestling show and asked her to replace a wrestler who did not turn up.

At that time, Saraya was 13 when she made her debut. This was her earliest match, recorded in April 2006.

Using the ring name Britani Knight, in a triple threat tag team match in the World Association of Wrestling (WAW), she teamed with her mother.

However, the two of them lost the fight.

Saraya teamed with Melodi to form a tag team, The Norfolk Dolls. The team wrestled in multiple English promotions.

In June 2007, the team won the World Association of Women’s Wrestling (WAWW) Tag Team Championship by defeating the Legion of Womb. However, due to no title defenses, it became inactive.

Due to an injury caused by her rival Charlotte, Saraya took some time off from the television.

Saraya returned to RAW on 18 January 2016 accompanying her former rival Natalya for her match against Brie Bella.

Upon her return, Saraya started contending in several singles and tag team matches often finding herself on both the winning and the losing side.

After defeating WWE Women’s Champion Charlotte on two occasions, Saraya was granted a title match on the 20 June episode of Raw.

However, she failed to capture the title and was attacked by Charlotte after the match before being saved by Sasha Banks.

During a four-way match also involving Amy Cooper and Laura Wellings, Knight lost her SCW Ladies Championship to her mother on 26 June.

Saraya has been in a relationship with Ronnie Radke (lead singer, Falling in Reverse) since 2018. Before Ronnie, she was engaged to Kevin Skaff (guitarist, A Day to Remember) in early 2016 before they split up.

In October 2016, Saraya had become engaged to Alberto Del Rio (fellow wrestler). However, in late 2017, they ended their relationship.

She has also considered suicide following an incident where her private nude photos and a sex tape were leaked online in March 2017.

However, she explained that she had not failed a drug test as previously thought. But she was suspended due to a procedural issue.