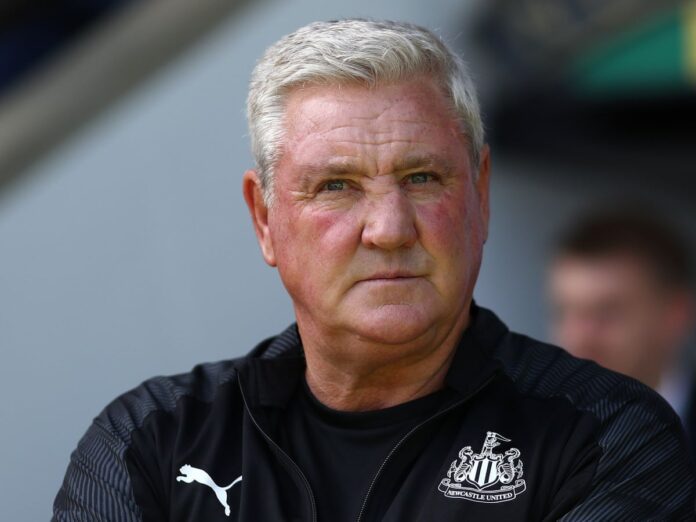 Steve Bruce is an English professional football manager and former centre-back. He is currently the manager of Newcastle United.

Stephen Roger Bruce was born on December 31, 1960, in Corbridge, Northumberland, the elder of Joe and Sheenagh Bruce’s two sons. His father was from the area, and his mother was born in Bangor, Northern Ireland. Bruce went to Benfield School and lived in Daisy Hill, near Wallsend.

After being turned down by several professional clubs, including Newcastle United, Sunderland, Derby County, and Southport, Bruce was about to begin work as an apprentice plumber at the Swan Hunter dockyard when he was offered a trial by Gillingham, whose manager Gerry Summers had seen him play for Wallsend in an international youth tournament.

Bruce travelled to Kent with another Wallsend player, Peter Beardsley. While Gillingham signed Bruce as an apprentice, they turned Beardsley down. Bruce was playing as a midfielder at the time, but was moved to the centre of defence by Bill Collins, the head of Gillingham’s youth scheme. Bruce credits Bill Collins as the single most influential person in his career.

Bruce was given an apprenticeship and went on to play over 200 games for the club before joining Norwich City in 1984, where he won the League Cup in 1985. In 1987, he joined Manchester United, where he won twelve trophies, including three Premier League titles, three FA Cups, one League Cup, and the European Cup Winners’ Cup.

Bruce was also the first English player to captain a team to the Double in the twentieth century. Despite his on-field success, he was never selected for the England national team. Commentators and contemporaries have referred to him as one of the best English players of the 1980s and 1990s who never represented his country at the full international level.

Bruce started his managerial career with Sheffield United and went on to manage Huddersfield Town, Wigan Athletic, and Crystal Palace before joining Birmingham City in 2001. During his nearly six-year tenure, he twice led Birmingham to Premier League promotion but resigned in 2007 to begin a second stint as manager of Wigan.

He resigned at the end of the 2008–09 season to become manager of Sunderland, a position he held until his dismissal in November 2011. Seven months later, he was appointed manager of Hull City, where he led the club to two Premier League promotions and the 2014 FA Cup Final before departing in July 2016.

Four months later, he took over at Aston Villa but was fired in October 2018. He took over as manager of Sheffield Wednesday in February 2019 and left in July of the same year to become manager of Newcastle United.

Bruce has been married to Janet, who is also from Hexham and attended the same school as Bruce, since February 1983. Alex (born in 1984) and Amy are the couple’s two children (born 1987).

Alex is also a footballer, having joined Hull City in July 2012 after being signed by his father. He had previously played for Birmingham City under his father’s management, but left the club in 2006, in part due to allegations of nepotism levelled at his father.

In 1994, Bruce’s autobiography, Heading for Victory, was released. While managing Huddersfield Town in 1999, he wrote three novels: Striker!, Sweeper!, and Defender!. The books revolved around the fictional football manager Steve Barnes, who was based on Bruce and solved murder mysteries and foiled terrorists. Bruce later expressed his displeasure with the books, which have since become collectibles.

He was a promising high school footballer who was turned down by several professional clubs. He was about to give up football altogether when he was offered a trial with Gillingham.

Bruce’s sometimes overly enthusiastic playing style, which he later described as “rampaging,” caused him disciplinary problems early in his career. He later developed into a solid and dependable all-around player, dubbed “an honest trier who made the most of limited natural ability.”

He was well-known for playing even when injured, including returning to the United team on short notice in 1992 while recovering from a hernia operation. His unyielding spirit and motivational abilities were deemed essential to the United team, and Alex Ferguson praised his “determination and heart.”

Amy Bruce, the daughter of Steve Bruce, was linked romantically with Aston Villa player Lee Hendrie in tabloid newspaper stories in 2004, prompting an angry response from her father, who called the reports “lies”. Bruce claimed that journalists had gone so far as to contact his doctor and examine his household waste in an attempt to uncover gossip.

Bruce was involved in an altercation outside his home in September 2004 with two men who were attempting to steal his daughter’s car.

The altercation left him with facial injuries, but it did not prevent him from attending a Premier League match the following day. Following the incident, one newspaper attempted to link it to the Hendrie allegations, prompting Bruce to consider legal action.