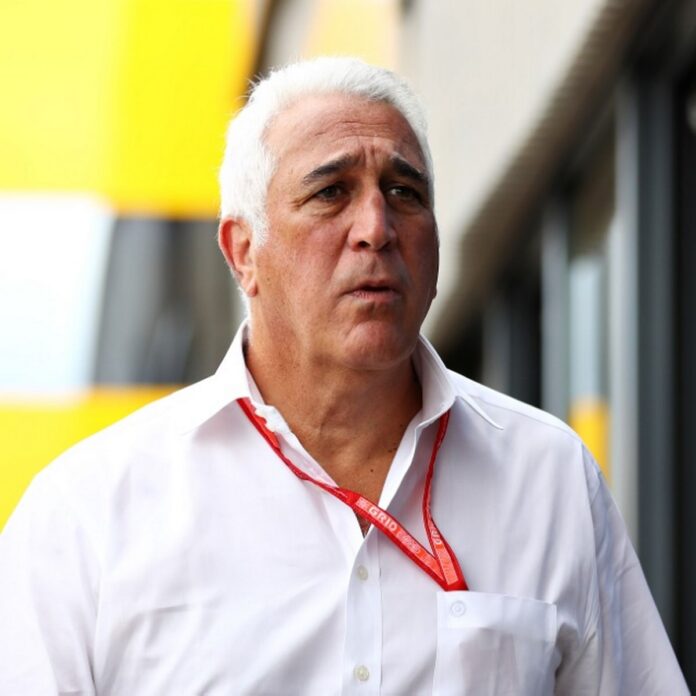 Lawrence Stroll is a Canadian billionaire businessman who is a part-owner of the Aston Martin F1 Team and a vintage Ferrari collector.

Lawrence Stroll’s first riches came from bringing Pierre Cardin and Ralph Lauren to Canada. He and a partner subsequently achieved enormous wealth as a result of an early investment in the Tommy Hilfiger brand. They exploited their success with Tommy Hilfiger to invest in a range of other businesses, including Michael Kors and Karl Lagerfeld.

Aside from fashion, Lawrence is well-known for his love of automobiles. He possesses one of the most prestigious and significant private collections of vintage Ferraris. Lawrence and a group of partners purchased approximately 17 per cent of Aston Martin in January 2020.

He was born in Montreal, Quebec, to a Jewish household as the son of Leo Strulovitch.

Lawrence’s first major success was introducing the Pierre Cardin brand to Canada. He subsequently emulated his success by introducing a Ralph Lauren women’s and children’s apparel brand to Canada, eventually expanding that line throughout Europe.

Lawrence and a business partner named Silas Chou founded Sportswear Holdings in 1989. One of their earliest investments was controlling ownership in the brand Tommy Hilfiger, which was unknown at the time. Over the next 20 years, Stroll and Chou helped Hilfiger become a global phenomenon. By the late 1990s, it had become one of the world’s most popular fashion labels.

Stroll and Chou used their success to invest in companies such as Karl Lagerfeld, Pepe Jeans, and Michael Kors. Lawrence Stroll and Silas Chou negotiated a contract with Donald Trump in 2002 for the first three floors of Trump Tower’s corner. In 2003, they repurposed that space to open Asprey & Garrard’s New York store.

In 2003, they paid $100 million for the majority of Michael Kors and rebranded their firm Michael Kors Holdings.

In 2011, they went public with the company. They paid $1 billion for Jimmy Choo in 2017. Versace was purchased for $2.2 billion in 2018. Michael Kors Holdings was renamed Capri Holdings following the Versace takeover. Capri’s global revenue is expected to be over $5.5 billion in 2020.

Stroll led a group of investors in the purchase of the Force India Formula One team in August 2018. Renamed Racing Point Force India, they re-entered the 2018 Formula One season midway through and finished seventh in the Constructors’ Championship. For the 2019 season, the team name and entrant was changed to Racing Point F1 Team, with Lawrence’s son Lance driving one of the cars and finishing seventh in the Constructors’ Championship.

Stroll led a consortium that invested £182 million in Aston Martin in exchange for a 16.7 per cent ownership in the firm on January 31, 2020. In 2021, the Racing Point F1 Team was renamed, Aston Martin.

Stroll is married to Claire-Anne Stroll (née Callens), a Belgian-born fashion designer who owns the Callens label. They have homes in Geneva, Switzerland, as well as Mustique, Saint Vincent and the Grenadines.

They purchased an apartment in One57 in New York City in 2012. The Strolls are the parents of two children. Lance Stroll, their son, is a racing driver who is presently competing in Formula One. Chloe Stroll is their daughter’s name.

Stroll also enjoys racing vehicles and has amassed a collection of Ferraris. He has about 30 Ferraris in his collection. He actually has his own private racetrack at Mont Tremblant, Quebec, where he can race them whenever he wants. Aside from Ferraris, Lawrence has a slew of McLarens, Aston Martins, a Ford GT, and a variety of other vehicles.

The vehicle collection of Lawrence Stroll is easily worth $200 million. Perhaps even more. He paid $27.5 million for a rare 1967 Ferrari GTB N.A.R.T.

in 2014. He is also one of the few people in the world who owns a Ferrari 250 GTO. There are just 36 of these left in the world, and they have been known to sell privately for $50 million or more. He also owns a LaFerrari, which costs almost $4 million. At one point, he was the sole owner of the Ferrari dealership in Quebec.

Read more: Lawrence Stroll net worth: Career, earnings and worth of businessman in 2021